THE HISTORY OF PEANUTS

A Look at the Longest Story Told By One Human Being What is Peanuts? Upon first hearing that word, one may think of the food that some people have an allergy to. But that’s not the Peanuts we’re talking about. No, we’re going to talk about the “longest story ever told by one human being”. How long are we talking? The Peanuts comic strip helped lighten up newspapers from October 2, 1950 until February 13, 2000. The single human being behind it all, story and illustrations, was the great Charles M. Schulz. 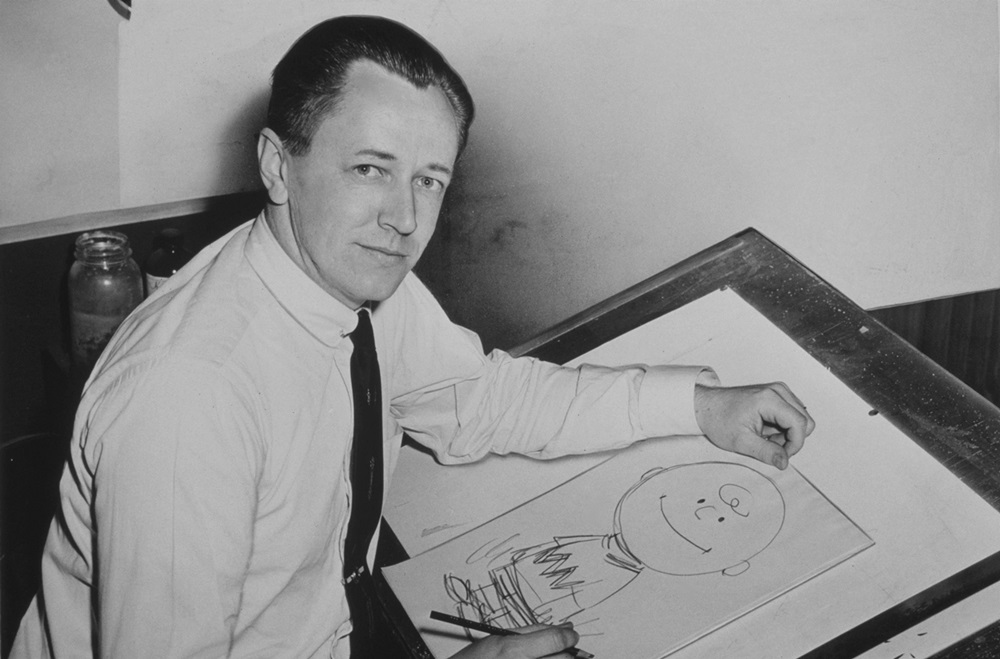 Charles Monroe “Sparky” Schulz was born in Minneapolis, Minnesota on November 26, 1922. He was of German and Norwegian heritage. He’d always loved drawing from an early age. As a young boy, he often drew his family dog, Spike, who often ate unusual objects such as pins and tacks. Schultz later served in the United States Army during World War II.

Schulz’s first comic strip was a weekly panel titled Li’l Folks, published from June 1947 until January 1950 on the St. Paul Pioneer Press, his local hometown newspaper. Additionally, the comic strip was also featured on The Saturday Evening Post. Little do most people know, it was in Li’l Folks where Schulz used the name Charlie Brown for one of his characters. The comic strip also included a dog that resembled Snoopy.

Charles M. Schulz would finally bring Peanuts to life on October 2, 1950, when it premiered on 9 newspapers that day. The comic began as a daily strip, appearing from Mondays through Saturdays, and spanning four panels. The first Peanuts strip introduced the characters Charlie Brown, Shermy, and Patty. As we all know, Charlie Brown would go on to become one of the key leading characters in the Peanuts comic strip. Most impressive is the fact that Charles M. Schulz opted to produce all aspects of Peanuts on his own including the script, the art, and the lettering.

Peanuts is perhaps best known for giving us beloved characters like Charlie Brown and the dog Snoopy. But there is a history behind the comic itself. During its peak, which was the mid- to late-1960s, Peanuts was featured in over 2,600 newspapers and had about 355 million readers in 75 countries, as well as being translated into 21 languages. Yes, that was how popular Peanuts was and still is.

Aside from its comics, Peanuts also achieved a considerable level of success with its television specials. In total, there have been 45 television specials made for Peanuts. Some of the best known specials include A Charlie Brown Christmas, It’s the Great Pumpkin, Charlie Brown, and A Charlie Brown Thanksgiving. There is no doubt that a lot of people probably grew up watching these TV specials as children during the festive and holiday seasons. The Peanuts television specials were later ranked fourth as the Greatest TV Cartoon of All Time by TV Guide in 2013. Additionally, the full-length, computer-animated feature film The Peanuts Movie was released on November 6, 2015.

There’s no denying that Peanuts has become one of the most popular and influential comic strips of all time. Whether it’s the newspaper comic strips or television shows, Peanuts surely has somehow shaped our childhoods and has left us with endearing characters like Charlie Brown and Snoopy.